The clutch is one sturdy piece of engineering. Depending on the model of the vehicle, it can last up to 100 K miles. That might seem like a lot of mileage, and it is, but sooner or later, you will reach it. And when you do, the clutch will fail and leave you stranded in the middle of the road!

You can avoid this scenario by paying close attention to the signs that an aging and frail clutch is giving. In today’s article, I’ll teach you how to recognize those signs so that you can react as soon as you notice them.

It’s an important matter so do not miss out on this piece! 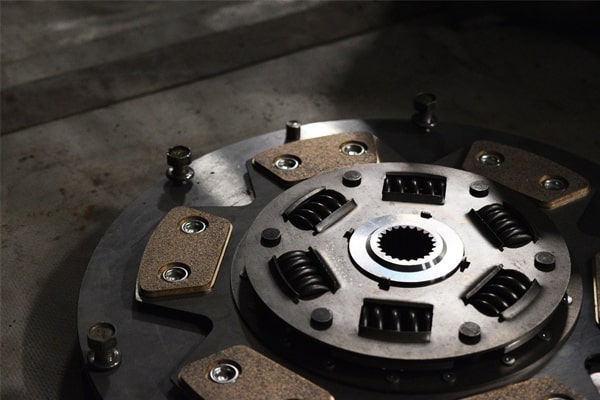 The Signs That You May Need A New Clutch

Since the clutch is such a complex component, there are quite a few symptoms that indicate the end of its life. Read about the most common ones below:

When depressing the clutch pedal, your foot should feel a certain amount of resistance, not unlike stepping on a spring. If that resistance seems to be getting weaker or almost entirely disappears, it means that something is wrong.

Some people like to describe this sensation like putting your foot in butter. In other words, If stepping on a clutch pedal feels like you’re pushing it into a pile of warm butter, then it’s time to call a mechanic. This softness is one of the earliest symptoms of a failing clutch, so keep an eye out for it. You might miss it if you’re not careful!

It Cannot Shift Into Reverse

Another common symptom of a clutch gone bad is it struggling to find the reverse gear. Let’s explain why.

When shifting into reverse, the power from the engine that pushes the car forward has to be redirected (by force) backward. Guess who does this work? Our good friend clutch.

This operation takes a massive toll on it, so it has a hard time doing it when it gets worn out and old. If you’re having a hard time finding the reverse gear, your car may need a clutch replacement. 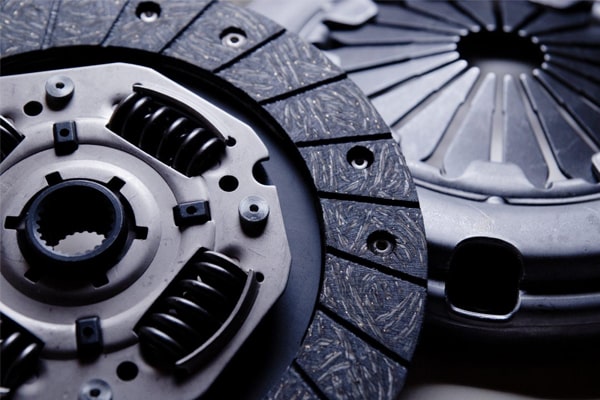 The word “slip” has a double meaning when it comes to this issue.

Shifting between gears should always feel smooth. When it doesn’t, the term “slipping” is used to describe the rough transitions between gear shifts. This issue often goes hand in hand with the “soft clutch,” but the two don’t always come in a pair.

Aside from the sensation described above, the RPM going up without an increase in power is a reliable sign of a slipping clutch. You’ll hear the engine get louder, but the speed won’t go up.

OK, so what’s causing this?

When you push the clutch pedal down, you engage the clutch plate, which allows you to shift gears. However, an old clutch plate will sometimes fail to engage (or disengage) upon your command. This occurrence is called slipping, and this is the second meaning of the word in this scenario.

If you suspect that you have a slippery clutch, you can do a simple test to find out. Turn on your car, and go straight into 3rd gear from neutral. If you don’t hear any revving coming from the engine, your clutch is OK. If you do, it means that it’s slipping.

Your clutch is very vocal about its issues. When it’s “not feeling well,” it’ll start making a loud grinding noise when you depress the pedal.

But pay extra attention to where the sound is coming from. If it appears like the engine is making it, then it may not be an issue with the clutch. Your bearings may be worn, which is a much less severe (cheaper) problem.

A worn clutch tends to release a pungent burning smell, especially when overusing it. An example of overuse would be releasing the clutch to prevent the car from rolling backward on an incline.

You should be able to smell it even if the interior of your car is garnished with air fresheners or other aromatic accessories. 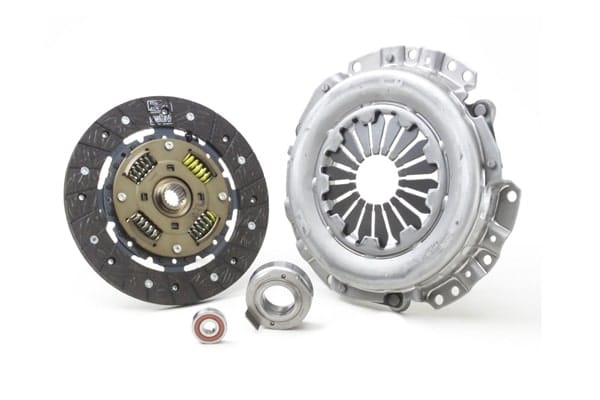 Feeling the pedal vibrate when you depress it may indicate that the clutch is worn. The vibration is usually pretty strong, so you’ll definitely notice it. This symptom is much easier to pick up than a soft or even a slipping clutch sometimes.

The clutch is designed with one purpose and one purpose only – to change gears. When it stops doing that well, or entirely, you’ll agree with me that it means it’s done. A clutch that gives you a hard time shifting between gears should be replaced. It’s that simple.

Allow me to give you a concrete example. You know how when you don’t depress the clutch pedal all the way to the floor and it’s hard to shift? Well, if you experience the same kind of issues, or sensations, when the pedal is depressed all the way down, it means that the clutch is worn.

Those who know a tiny bit about the car and its insides could check their clutch for visible signs of damage. There are two ways you can do this:

You may also be interested to read on  How to Choose the Best Truck Bed Tonneau Cover for your Truck?

The first one would be to lift up the cover from the bell housing to reveal the clutch.

The second way is to take a sneak peek through the inspection cover located on the bottom of the bell housing.

What should you look for?

See if there’s any black dust accumulated on the surface of the clutch. It’s a pretty common sign of wear and tear that signifies approaching problems. However, black dust doesn’t mean that there’s an issue with the clutch at that particular moment.

A more reliable symptom is visible physical damage, which is usually accompanied by some of the problems described in this article.

A Note About the Physical Symptoms

Not all signs of a worn clutch are made equal. I’d like to point out three that usually indicate a completely busted clutch – the burning smell, the vibration, and the grinding noise.

If you experience any of these while driving, your next stop should be the mechanic’s shop. These symptoms come about only when the clutch is nearly dead, so take them seriously.

The other signs that I mentioned don’t require such urgent action, but do not neglect them either.

Before I go, I’d like to point out one crucial thing. The symptoms described above are relatively reliable signs of a worn clutch. However, sometimes, they can indicate a failure of some other component.

So, how can you know for sure that it’s the clutch that’s giving you trouble? If two or more of the symptoms show up together (e.g., grinding sound and slipping), it’s a certain sign of clutch problems.

If you’re sure that the clutch is going out, then my advice would be to stop driving the car and schedule a replacement as soon as possible.